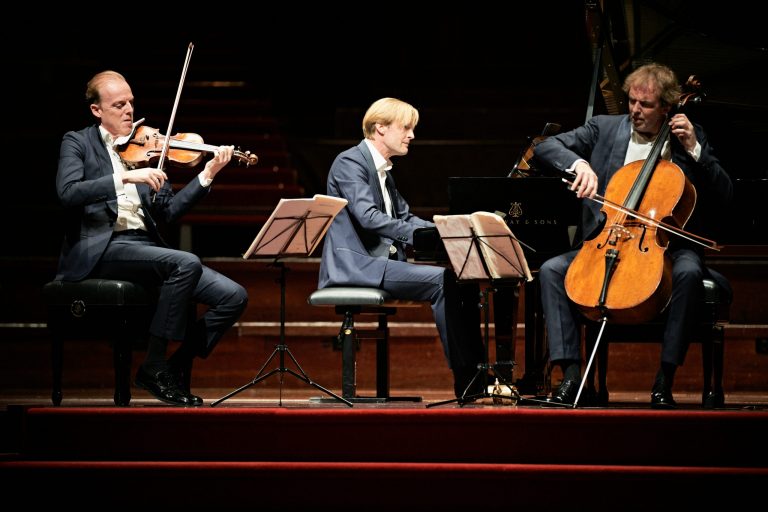 The Storioni Trio is widely regarded as one of the world’s foremost piano trios.

It was formed in 1995 and takes its name from the violin played by Wouter Vossen which was made by Laurentius Storioni in 1794.

In their first years together, the three musicians worked intensively with the Vermeer Quartet, violinist Isaac Stern, cellist Mstislav Rostropovich and Menahem Pressler, the pianist of the renowned Beaux Arts Trio. Winning the Kersjes Prize in 2000 helped get them off to a flying start.

This season, they are celebrating the trio’s 25th anniversary. ‘We’re still as enthusiastic as we were 25 years ago,’ says Wouter Vossen. ‘We’re constantly driven forward by our enthusiasm for the next step, which is usually rooted in a musical angle. It’s really energising.’

Over the last quarter of a century, the Storioni Trio have found their own sound and colour. Their concerts are as incisive as their rehearsals are intensive. These are musicians whose aim is to go further than just the music; they want to tell a story. The belief that music can bridge divides inspires them to open up this living music so it can be enjoyed by as wide an audience as possible.

The social aspect of how music is experienced is seen as essential by the Storioni Trio. Together with their audience, they enjoy the interaction that takes place not only in the concert hall but also outside it. The trio often play in unique spaces and at extraordinary locations so they can take their audience with them on a voyage of discovery.

The Storioni Trio’s repertoire is wide, ranging from classical to contemporary works, from Haydn to Aho. Beethoven occupies a special place in the musicians’ hearts: ‘He continually challenges us to rediscover what his music is about and where our personal boundaries lie.’ The ensemble has performed the cycle of all Beethoven’s piano trios several times, using both period and modern instruments. 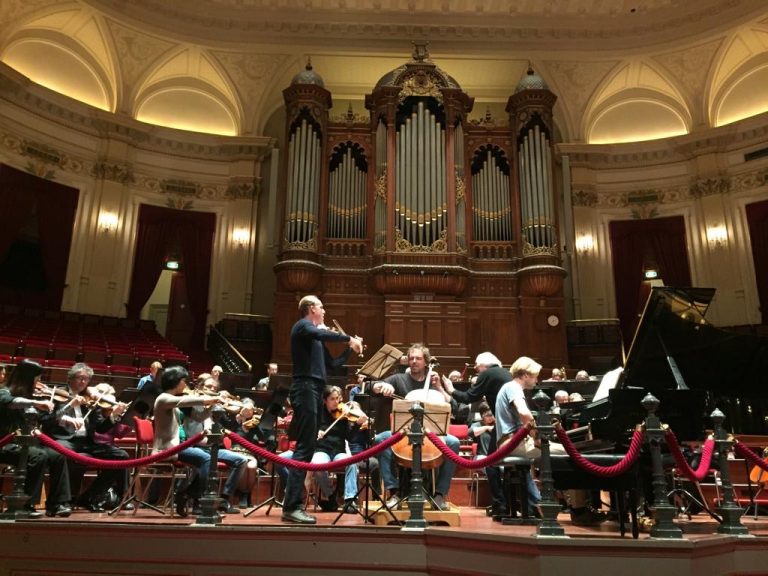 Main hall of the Concertgebouw Amsterdam

The triple concerto repertoire for piano trio and orchestra, the most famous example of which is Beethoven’s Triple Concerto, has become a speciality of the Storioni Trio. They have themselves commissioned a considerable number of triple concertos from composers including David Lang, Kevin Volans, Willem Jeths, Nico Muhly, and Kalevi Aho.

The trio’s repertoire also comprises triple concertos written by Casella, Juon, Martinů, Moor and Voříšek, among others. Their recording of Beethoven’s Triple Concerto received glowing reviews in the international press and was crowned Editor’s Choice by Gramophone magazine and chosen as CD of the week by BBC Radio 3. 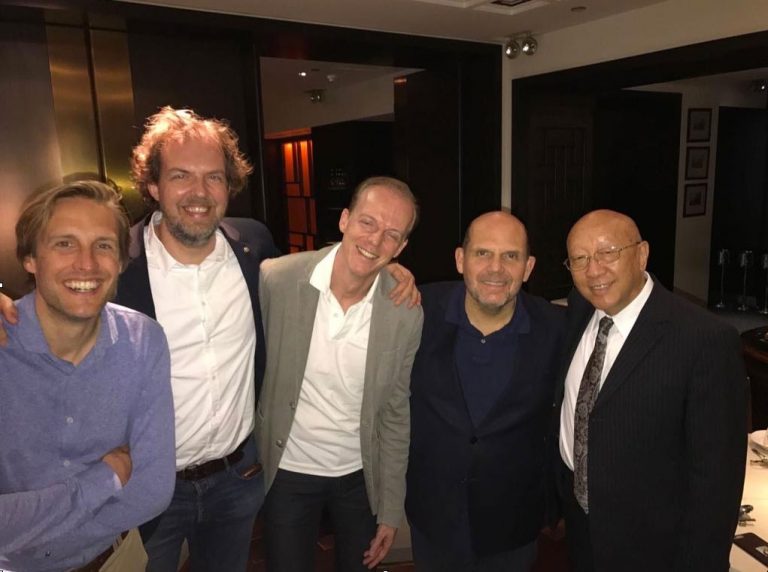 Concerts and festivals at home and abroad

The Storioni Trio, hailed by leading Netherlands newspaper the NRC as ‘the flagship of Dutch culture’, performs in the world’s great concert halls including the Amsterdam Concertgebouw, New York’s Carnegie Hall, the Moscow International Performing Arts Centre, Antwerp’s Queen Elisabeth Hall and the Wigmore Hall in London. The ensemble is in great demand at international festivals such as the Australian Chamber Music Festival, the Delft Chamber Music Festival, the Kuhmo Festival (Finland), the Ludwig van Beethoven Easter Festival (Poland), the Festspiele Mecklenburg-Vorpommern (Germany), the Pablo Casals Festival in Prades (France), and the West Cork Chamber Music Festival (Ireland). Tours have taken the trio to most countries in the EU, as well as to Switzerland, Russia, Georgia, the Middles East, India, Singapore, Indonesia, Japan, Taiwan, China, Australia, the United States and Canada.

The Storioni Trio regularly performs for radio and television, and records for labels such as ARS, BIS, Challenge, Codaex, CPO and Pentatone. The repertoire they have recorded ranges from classical to contemporary, and comprises piano trios by Beethoven, Brahms, Clarke, Schubert, Shostakovich, Tchaikovsky among others and triple concertos by composers including Beethoven, Martinů and Volans. The Storioni Trio’s CDs are also available via Spotify and iTunes. They have been lauded by the international music press (see Press quotes)

The 25th anniversary season is packed full of great concerts and projects. There are concerts in the Main Hall of the Amsterdam Concertgebouw, the Doelen concert hall in Rotterdam, and the TivoliVredenburg music complex in Utrecht, the Music Building on the IJ in Amsterdam and the Muziekgebouw concert hall in Eindhoven. The agenda also includes a tour of the Netherlands playing Emánuel Moór’s Triple Concerto with the Dutch National Youth Orchestra under Anthony Hermus and a tour to Korea playing Kalevi Aho’s Triple Concerto.

The trio is also taking part in the Kuhmo Chamber Music festival, the Ludwig van Beethoven Easter Festival in Warsaw and, for the first time, the Delft Chamber Music Festival. There are chamber music evenings with artists including violist Vladimir Mendelssohn, clarinettist Jörg Widmann, violinist Joshua Bell, and clarinettist Sharon Kamm. The trio will also join actors Thom Hoffman and Saskia Temmink for a theatre tour.

And of course, there is our own Storioni Festival 2021 which will include the world premiere of a piano quartet by Brett Dean with the composer playing the viola.